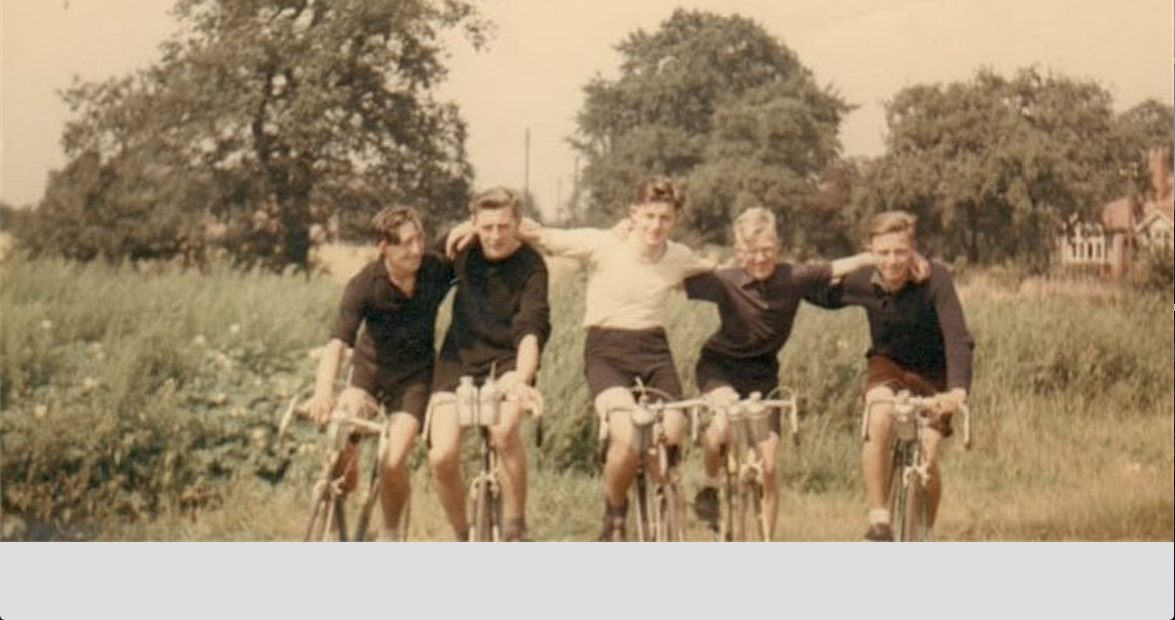 This led to the revival of annual reunions – the first in 1991 to celebrate 90 years of our existence was very successful with former members joining us from far and wide.

However, so far we have not been able to re-establish ourselves as a club with a regular programme of Sunday runs.  This could well have led to the proposal from two of the longest standing members of the club that having achieved 100 years we should wind up the section.

No other member was in favour of the proposal and a vote of confidence can be seen in that twelve members bought the new club racing vests.

Bob Duckworth, a member from the 1960s who rejoined in 1999 is worthy of a mention as it is through his efforts that this initiative has been taken – no one else showed any willingness to take on the task which proved to be extremely hard work.  At this point in time it appears that our future depends on our commitment to racing activities.

One hundred years of continuous existence was an achievement worth celebrating.  The foremost event was a centenary reunion when sixty current and former members came together for a reunion at Bolton Road Sports Club.

The Leg Platters Ceilidh Band entertained and former member Barbara Gunshon took the initiative in organising a super buffet with the help of her husband.

Joe Rowley ‘put the icing on the cake’ by making and donating a splendid birthday cake. Everyone enjoyed a great evening – meeting old friends and enjoying the entertainment. Inevitably for some it was for the last time but we must all be pleased that Charlie Westlake, who died three months later, was there to collect a certificate for an age group record he established in our annual hill climb.

The following morning fifteen of us were out on a celebratory ride that included Tottington and Greenmount as this was on the route of those who rode the first run in January 1901. The mayor, Councillor Bill Johnson, despatched us and, to our surprise, he knew the Clarion clubhouse in Tottington.

In June 2001 we organised a celebratory 100 kilometres reliability trial over a demanding course around the Pennines and West Lancashire Moors.  Alas, only four of our members rode and completed the event but we did have 16 other successful participants on a fortuitously sunny day.

Type to search or hit ESC to close
See all results
We use cookies on our website to give you the most relevant experience by remembering your preferences and repeat visits. By clicking “Accept”, you consent to the use of ALL the cookies.
Cookie settingsACCEPT
Manage consent

This website uses cookies to improve your experience while you navigate through the website. Out of these, the cookies that are categorized as necessary are stored on your browser as they are essential for the working of basic functionalities of the website. We also use third-party cookies that help us analyze and understand how you use this website. These cookies will be stored in your browser only with your consent. You also have the option to opt-out of these cookies. But opting out of some of these cookies may affect your browsing experience.
Necessary Always Enabled
Necessary cookies are absolutely essential for the website to function properly. These cookies ensure basic functionalities and security features of the website, anonymously.
Functional
Functional cookies help to perform certain functionalities like sharing the content of the website on social media platforms, collect feedbacks, and other third-party features.
Performance
Performance cookies are used to understand and analyze the key performance indexes of the website which helps in delivering a better user experience for the visitors.
Analytics
Analytical cookies are used to understand how visitors interact with the website. These cookies help provide information on metrics the number of visitors, bounce rate, traffic source, etc.
Advertisement
Advertisement cookies are used to provide visitors with relevant ads and marketing campaigns. These cookies track visitors across websites and collect information to provide customized ads.
Others
Other uncategorized cookies are those that are being analyzed and have not been classified into a category as yet.
SAVE & ACCEPT